I’m pretty sure I know what broke my phone, it was MetroPCS’s firmware update. My phone was working before I brought it in to be updated. Full 4G service, net worked, voice worked, SMS worked. Now I’m left with a phone that can only do SMS.

I’m pretty sure I know what is wrong. It’s the updated firmware – v2.2.2 – and I’ll just bet when they finally give me a result on the tickets I have open with them I’ll be offered a patch to 2.2.3 or some such.

But when I get paid next week I’m just getting another phone. I’ll probably tear this one down but to be honest I only want the touch screen out of it. Everything else is commodity hardware.

So over the weekend I made several calls to their repair folks. None of them could get my phone to even try to look at a 4G network.

Today I tried a different tack – I told the front line droid that I wanted to escalate the issue to a supervisor.

And the reason I called is because I had stopped in the MetroPCS store in downtown Providence this morning. They managed to get 1Xcdma running so I could download my contacts, get the apps I really wanted like Pandora, Battery Saver, Call block, Echolink, Lookout Security, and that’s it.

But then around 4PM today I went to make a voice call and poof – no audio.

So I dialed them up on my VoIP line and got the supervisor. She opened support tickets for me, one for the lack of 4G service, the other for the audio issue. I guess I was able to convince her that something is in fact rotten on their network side.

So we’ll see where this goes. If it fails I’ll buy a Samsung Galaxy S III phone. The S IV’s are out but the key differences don’t warrant spending an extra $200 on a phone when all it gets me is 400MHz in cpu speed, 5mpx more in photo resolution, and a screen that is all of 2 tenths of an inch bigger.

So I had some business to attend to in Warwick, RI, specifically right near the airport. Coming home I noted the plaza where I spent many an hour in my wayward youth.

It got me to thinking about the video arcades that used to litter the land. There was one in that plaza that used to get all the cool arcade games. My favorite driving game was this:

Another favorite was Elevator Action: 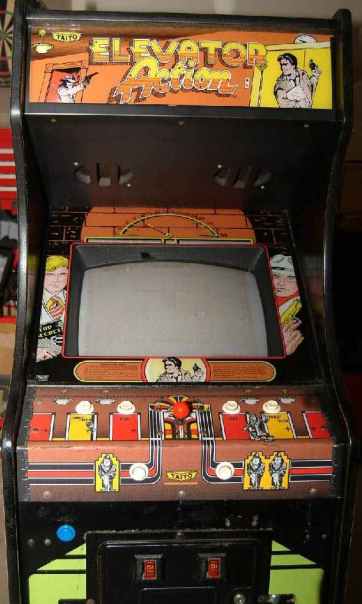 Then there is the grandaddy, PacMan:

Another favorite was Missile Command: 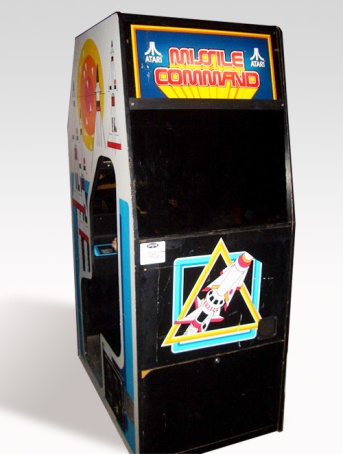 Then there was Galaga: 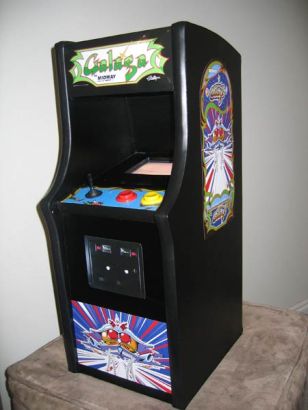 You get the idea here. What were your favorites?

So today I had my phone upgraded to the 2.2.2 firmware. That’s the RF deck etc. Ok – they told me it might take a couple hours for the 4G service to come up again.

Except it’s been a few hours. And still no 4G or 1x service. I know what happened.

Recall I posted about the outage MetroPCS had? Well – they had applied a patch to the cell sites which broke 4G voice service but didn’t mess up data service.

Now that I’m on 2.2.2 voice and SMS work – but no fucking data. I live and die by having mobile data. So this is a BREACH OF CONTRACT on the part of MetroPCS.

Here’s how I think it went down:

1) They patched/upgraded the cell sites resulting in major outages.

2) They sent out a sneak voicemail to all 4G subscribers asking us to bring our phones in for an upgrade.

3) This is my suspicion, but I think they rolled the towers back to the prior version to get voice and data working again.

4) My upgrading the phone however FIXED the issue, but the towers are rolled back so I get voice and SMS and no fucking data!

The other irritation is that all my contacts and text messages are lost. Gone. Hasta la vista. Plus all the applications I downloaded off Google Play are gone. I believe though that they have my purchases tracked. But without 4G service I can’t get them.

This is tells me that MetroPCS really dropped the ball. And don’t get me started on the upgrade. I went in and they said I had to bring the charger and cord. Back home, get the charge and cord, go back and they say come back in an hour and phone will be upgraded. Except it wasn’t. So I had to wait an additional 30 minutes.

I’m not really happy with MetroPCS right now. I can tell you that. And if the 4G service doesn’t pop on tonight I want a service credit of $15 for each day I’ve had either voice or data outage. The voice outage lasted 2 days, the net outage is in day 1. 3×15 = $45.

Says that I should stop in the store as there are updates that will make my phone run better. First off – let me say why does this have to be done in the store?
Be pretty easy to download a package and just install it.

Or are they trying to upsell? I’ll know more tomorrow. But it’ definitely related to the outage the other day.

So near as I can gather – I made sure to tag my posts on the outage suffered by MetroPCS on their 4G network.

And something interesting came out of that – apparently this 4G outage was the entire northeast. Hits came from MA, RI, CT and NY for that post.

Kind of sad that you can glean the geographic region of the outage via stupid blog stats.

Automagically! I knew the problem was on their side. Look, how do I explain this I’m a fair bit more cognizant of what goes on behind the phone itself than your average cell phone user. Even know about authentication gateways, backhauls and all that good stuff.

So I had a tech support representative essentially try blowing smoke across my ass saying it must be the phone, it must be the phone, come on in and buy another one. Yeah right, after a bunch of setting checking we arrived at this. But the symptom of it dropping the 4G service indicator the second I pressed the SEND button (Stylized handset) was a clue.

And of course the droids can’t tell you if they’ve done net upgrades, or perhaps pushed anything to phone. You know, things that can potentially break the service. And if you’re going to do upgrades, a text telling you it’s going to happen might be nice. They have no compunction about texting you about marketing, why not test about things that will impact service?

I had indicated the behavior in a prior post. I’d call someone or they’d call me and no audio. None.

Even the mp3 player wouldn’t play on the speaker. But today I had occasion to use the timer on the phone and the alarm worked.

And I checked the DoubleTwist MP3 player and it worked. I made a phone call and used the speakerphone and it worked. So then I decided to tempt fate and made a voice call using the phone against the old ear hole. And it worked.

So I wonder what happened. And I wonder how many other people were having problems with their service. They will never tell you about that though. I think it would behoove regulators to force mobile carriers like MetroPCS, T-Mobil and the like to include network status on their coverage maps, similar to what is REQUIRED of National Grid’s Electric service here in RI.

But the phone works again. After I ordered this handset for the phone of course it starts working again. It’s like through some odd quantum entanglement it knew I wasn’t going to buy a new phone If I could make this one work like it’s supposed to again:

It cost a grand total of $7.99. Might be fun for long conversations.

Now this is interesting. There are two MetroPCS phones in the house. Mine, the Samsung SCH-R910 is a few years old, a 4G phone. The other is an LG phone that only runs on their 1X CDMA network.

The LG works fine. My Samsung though – I can surf the web, check email, get on Facebook, and even SMS works. But voice service exhibits odd behavior. I can watch the signal type go from 4G to nothing but four bars for signal the minute I press the send button.

I’ve tried calling MetroPCS support from a wired phone. The call was dropped. So I do what I always do when service doesn’t meet my expectations, I rip them here on the blog. That usually gets a response believe it or not, particularly if you use the right tags.

It appears they did an upgrade to their 4G network that breaks voice functionality. Phone is kind of useless, I say kind of because I use it more for net, etc. But I pay for voice.

So MetroPCS – fix it!

So when I had upgraded to Firefox 22 I noticed the Sage 1.4 didn’t work. The solution as it was, was to download Sage 1.5. The issue I ran into was that the update button on the Sage sidebar didn’t work. You could click it until you were blue in the face.

Then I realized it would update the feeds when you restarted the browser. Still, this is clunky.

A day or two ago I noted it all worked.  So I looked at the version identifier was 1.5.1 – it got updated. Now the update button works, and in the feed listing you know have mark all as read/unread.

So all is once again functional. I know I had seen submissions to their bugtracker site identifying the issue so it wouldn’t be too long before they fixed the problem.

Yes, NOM bigot Thomas Peters was in a car wreck. Broke his freaking neck. If that’s not cosmic justice I don’t know what is.

I’m posting this here because my comment to that effect got hosed on Joe My God.

But I note that things aren’t going well for the bigots lately. First you have Brian Brown yammering about their wins of yesteryear. You have MORE states and countries with marriage equality and the message of the bigots is falling flat.