So as you can see I picked one of these up for short money. I love old school gaming. And this one delivers. It has the original Mario Brothers, Xevious, Dig Dug, Burger Time, Elevator Action among its 500 games.

Here’s me with the unit turned on and showing it off. I like it. Great fun in a handheld that is rechargeable with a standard USB cable.

So as I’ve mentioned in a past post I run Steam, VNES and Project64 on my Windows 10 machine. And I had listed all the games I had installed.

So been binge driving in Mario Kart – great fun. As you can see from the images you have more control on the 50cc side than the 100cc or 150cc sides. 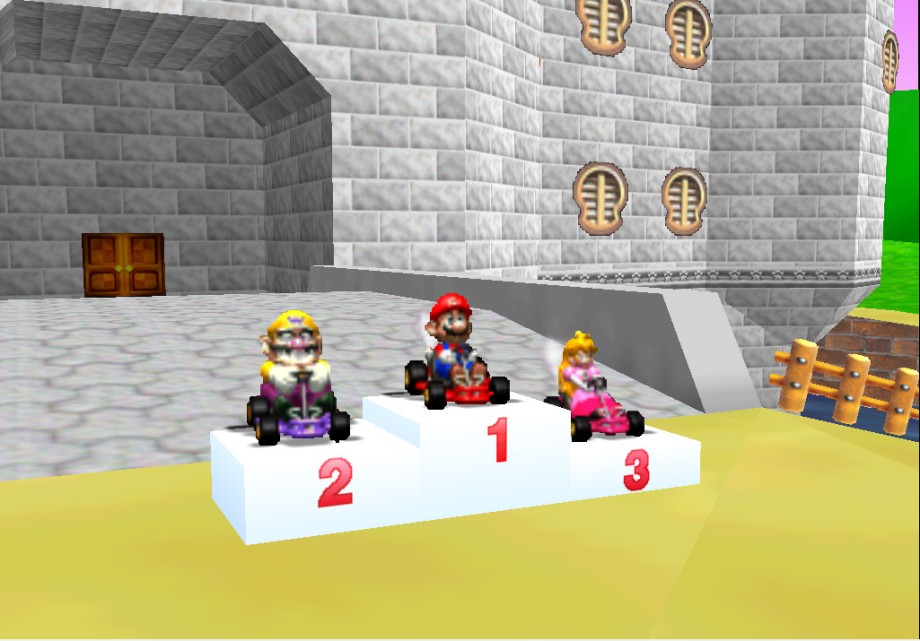 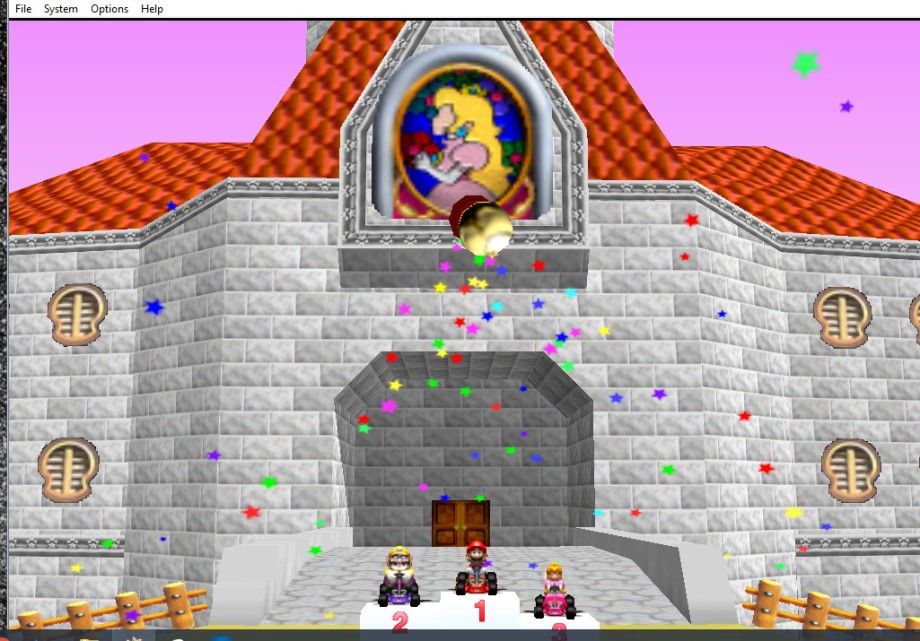 Now on first play I scored Bronze. Just the way the cookie crumbles I guess: 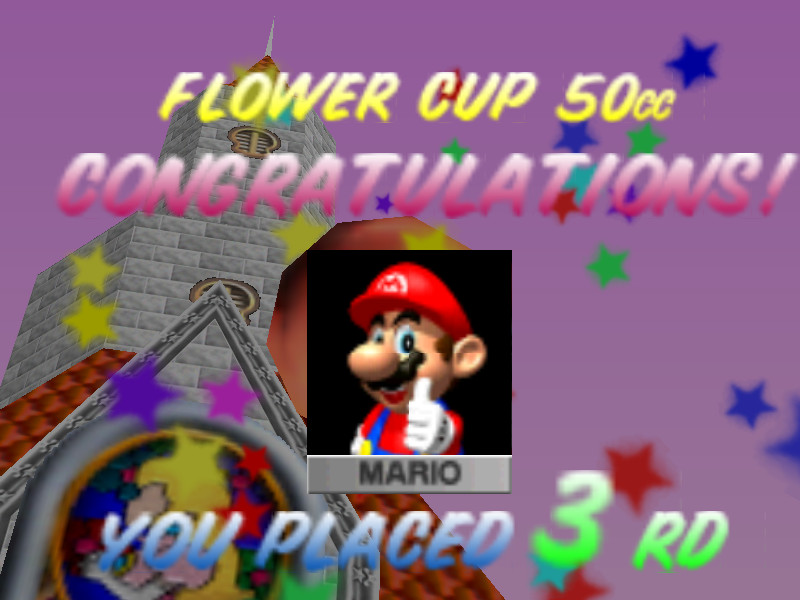 But with subsequent play – I finally took the gold cup. 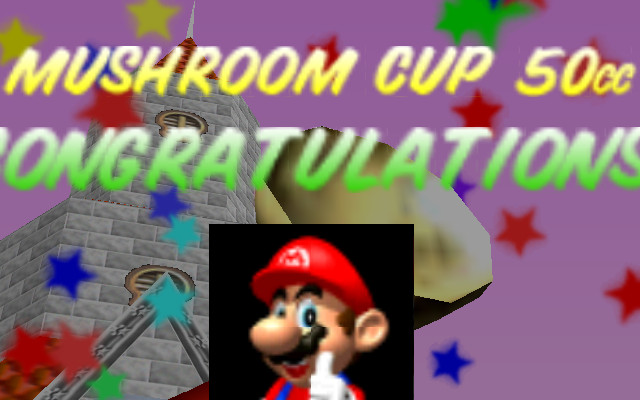 The best method  – mash down the D key – on the keypad i think that’s the A button and avoid the bananas and solid blocks.

Next I’ll try the next up levels beyond mushroom cup. Those introduce more obstacle avoidance.

So since I posted last I’ve plugged through to level 18. 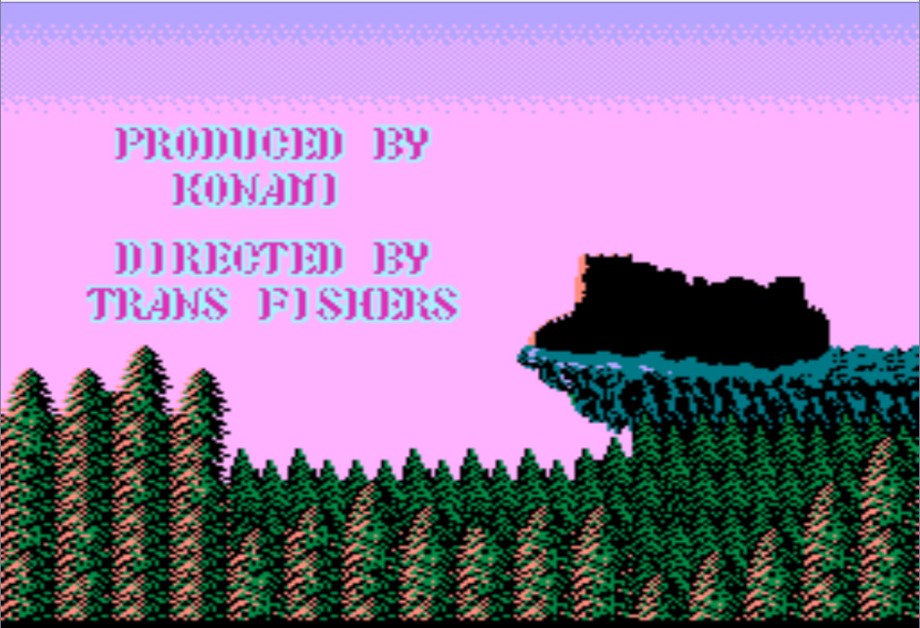 Yup the game rolls credits plus you see the castle disintegrate. That’s the black pile of slag to the right.

And then the game continues to play – level 19, 20, 21, 22 and so on. What it does is mix in enemies from other levels. So in level 1 you get ghosts and bats. But I finished the first 18 levels successfully. Time for another game.

So I’ve been slogging through levels in Castlevania on the NES emulator.

Level 10 was a challenge but I made it through. Have the game on pause right now and I screen captured the following to prove I’m at level 14 now. That’s just 4 from the very end of the game. I know there’s a Castlevania II so I may have to download that. 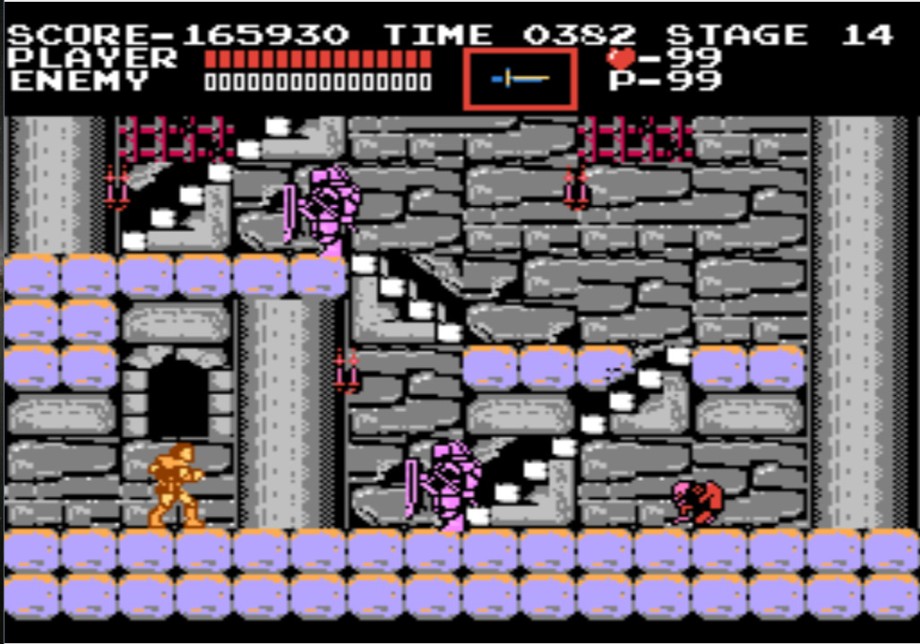 I have the long life cheat enabled. That’s what is allowing me to conquer levels. Lots of fun. Never had this game in my original NES collection but glad I have it now.

Of course as you can see from the image I went in with 3 lives. Got killed off quickly though. 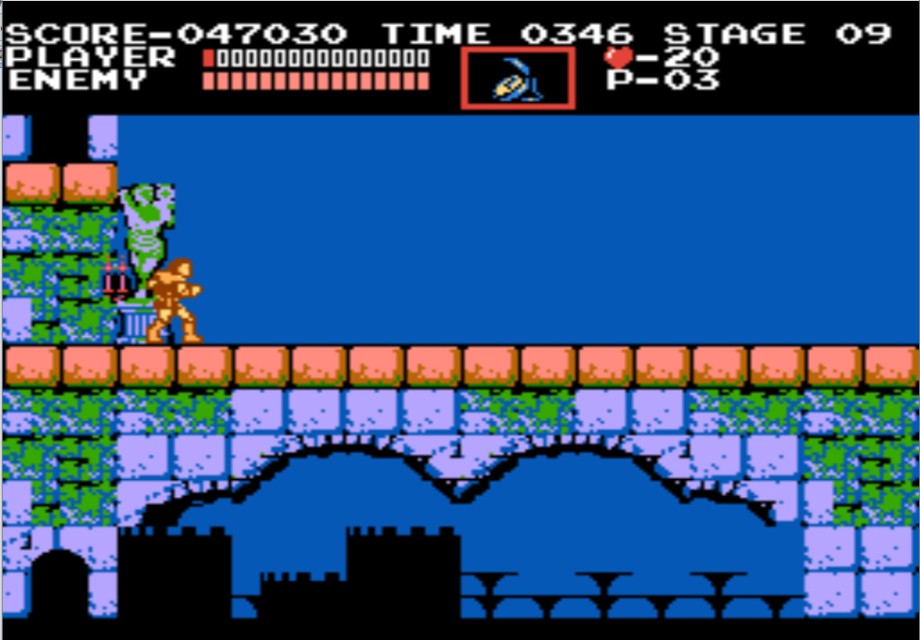 But better – I can consistently get past level 6 now then to level 7 and then level 8. And this is proof I’m starting to reach level 9. So I’m half way through the 18 levels in this game. I’ll keep plugging and keep playing. See how far I can get.

It’s likely known, I love old school games and some current generation stuff. For example Bioschock 1 and 2 are installed on my PC and Fallout IV too. But then I run both VNES and Project64 they respectively run the Nintendo catalog from the NES and N64 games. But I didn’t want to wear my keyboard out constantly mashing the keys.

So I ordered an inexpensive NES controller with a USB plug on it. Easy to set up – but I find my play is impacted. Why? Because arrow keys and A,S,D,F,E,R are all that is necessary. The controller has the four way pad, which is the arrow keys, and then A, B, X, Y, Left Trigger, Right Trigger and select and start. Here’s how the keyboard maps:

Thing is, I know the keyboard map. The A, S, D, F, E, R, and arrow keys make sense to me on computer keyboard. But alas on the controller it takes some practice again. It’s a skill that I lost. But then when I had my NES console I used the joystick controller. That might explain it.

In the gaming community there is a practice called Swatting. Basically you find a VOIP service that lets you play fast and loose with the rules for Caller ID and BTN data and you call the police department in your victim’s community. Because the gaming platforms today include cameras you get to watch your victim as his house is invaded by police SWAT teams, hence the name Swatting

In the past couple days airports and now even the U.S. Capitol have been swatted. Best of luck finding the perps if they don’t get stupid and brag about it.

It’s a flaw in telecom systems that is at the root of it all. Because it all originated with the old Bell System. There was no need to authenticate Caller ID data or even BTN data because you were doing business with other Bell companies. The assumption was it was all authenticated. But even since the mid 1990’s when alternative carriers got in on the game – and exposed a fair amount of their networks, well people learned how to spoof their caller information.

What concerns me about this isn’t so much the practice, but what the practice could be adapted to do if you think it out. Criminals for instance could tie up police at opportune sites while they commit their crimes. That’s the generic of course, the specific acts I leave to your imagination.

It’s the same thing with the communication bus on all cars since the late 1990’s. It’s called a CAN bus. It runs EVERYTHING on the car, or lets it communicate with everything. One of the proposals the federal government has is to get cars to be able to talk to each other. And you just KNOW it’s going to hang off the unsecured CAN bus. A rogue actor could have a lot of fun with that, particularly since braking, acceleration, and steering in many cars is on the CAN bus.